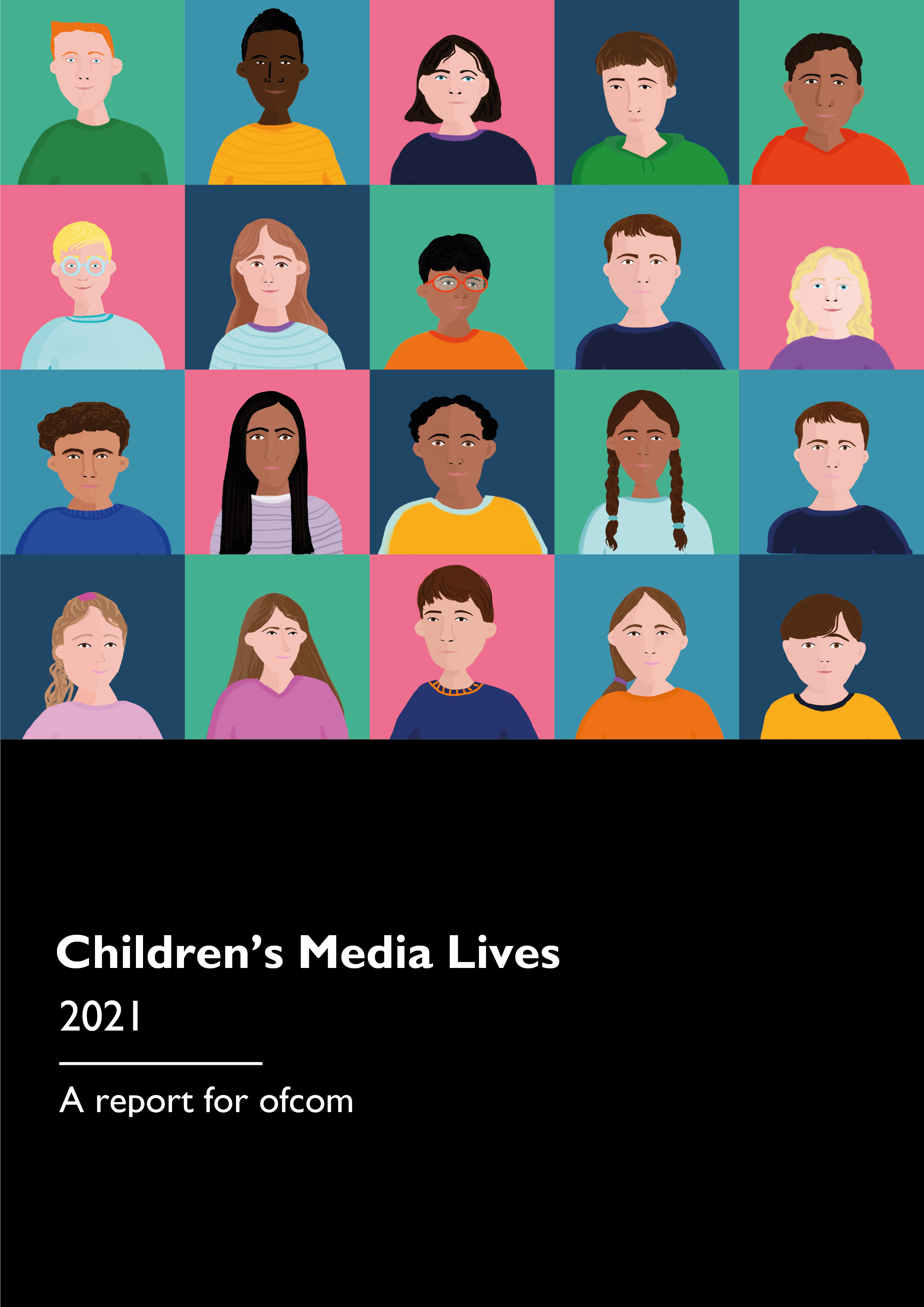 “On YouTube you have to decide what to watch and sometimes I can never think what to pick… but on TikTok it just comes up for you.”
Zak, 12

As researchers, one of the privileges of conducting a longitudinal study of the scale and ambition of Ofcom’s Children’s Media Lives is being able to watch trends developing in real time.

And one of the benefits of doing this as rich, qualitative research – where we spend hours with children aged eight to 18 exploring their behaviour, attitudes and experiences online – is that we can really see what this looks like for young people in the context of their lives.

One trend we’ve seen developing for several years is children’s online behaviour becoming increasingly passive. This time, it’s reached a new level. The children in the study were posting less, watching more and often seeking to actively avoid choosing what they watched.

They were happy to be served a narrow range of content, and many preferred the decision-free experience of short videos on TikTok, even saying “YouTube is long” because it required too much decision-making.

If you’re a parent or have spent time around children in the last couple of years, you’ll probably be familiar with how TikTok works. It’s a continuous conveyor belt of tailored content based on what you’ve looked at before. More importantly for our children, you never have to make a choice and the feed never ends. It’s perfect for passivity.

At the same time, some children were struggling to pay attention to longer-form content, finding it hard to focus on a single activity and often compulsively using several screens at once for different content or chat.

In what might raise questions over the future of film, several of the children said they couldn’t watch a whole film, or even a whole episode of a tv show.

“I never watch films. They’re just so long. I can barely watch an hour episode of something… With a film you have to use your brain for, like, two and a half hours straight.”
Alice, 16

A lot of children don’t want to create original content either. They prefer to copy other people, often with little thought given to the content itself, in pursuit of likes and attention. This is not new – for years we’ve seen children mimic the latest dance crazes, challenges or unboxing videos.

Now, however, they are copying political narratives, commentary on social justice ‘issues’ and even conspiracy theories – reposting or imitating others’ opinions.

These included posts about Black Lives Matter, the Palestine/Israeli conflict and Taking the Knee. In most cases the children had no real understanding of these topics or why they were important to some people.

This behaviour doesn’t feel like the children are expressing their creativity, or that they are exploring or engaging with big ideas, it feels derivative and often thoughtless.

“I made [a Marcus Rashford TikTok] because it seemed like a pretty good TikTok… I just kind of wanted to get a lot of likes and follows.”
Freddie, 10, talking about posting on TikTok in support of England footballer Marcus Rashford, following racial abuse he had received at EURO 2020.

We will certainly follow up on these behaviours for Ofcom in the next wave of Children’s Media Lives and no doubt there will be new behaviours, experiences and attitudes to explore as well.

If you would like to discuss this work in more detail, don’t hesitate to get in touch at damon.deionno@revealingreality.co.uk.

Similar work
What matters should be measured
“What gets measured gets managed”. Which is one of the reasons we are really excited that Internet Matters asked us to produce the first index on the...
children
health
media
social media
technology
young people
DOWNLOAD REPORT
Who’s missing out? Connecting people in residential care
Let’s be honest with ourselves. Many of us really don’t want to think about a future where we are livin...
design
elderly
media
technology
vulnerable people
DOWNLOAD REPORT
Unlocking construction’s digital future: A skills plan for industry
The adoption of digital technologies is a huge opportunity for the UK construction industry to i...
industry
technology
Workplace
DOWNLOAD REPORT
‘Mystery shopping’ the digital world
Wouldn’t you like to know what children see on social media? It’s easier said than done. What with secretive teens, private ...
behavioural insight
children
media
regulation
social media
young people