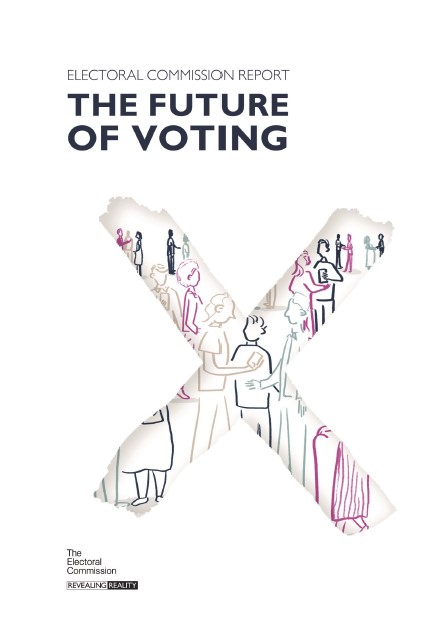 ‘Voting should be as simple and easy as possible for everyone’

During our work for the Electoral Commission, almost all the people we spoke to expressed this opinion early on, and felt this should be the priority for any changes to the voting system.

Sounds like a great idea. How can we make this happen?

The barriers to voting talked about by our respondents included travel, preparation, having to make a difficult choice. So, let’s remove all of that and make voting as easy as flipping a coin—say, a tinder style app with a random choice generator option.

Our respondents didn’t think so anymore.

They then expressed the opinion that by making voting as easy as possible, this might also lead to people caring or thinking less about the choice they make, it might mean they select a candidate when they are distracted by other things, and it would remove any sense of occasion and community that many of the people we spoke to really valued about the current voting system.

It’s easy to think that ‘good participation’ is facilitating as many people as possible to practically cast their vote on the day. But, in terms of voting, respondents felt that participation is much more than that. It starts long before the moment of casting a vote. It involves people caring about the upcoming vote and being engaged in the decision-making process.

Yes, they want voter turn-out to increase, but not at the expense of people taking voting seriously. It shouldn’t be as simple as flipping a coin.

If the end goal is to increase voter turn-out, ‘making the process easier’ feels like a simpler solution. That’s the suggestion that the general public default to first. That’s the solution designers might be tempted to implement. But making people care about voting is a much harder task.

Similar work
More to life
Our research highlights the perspective of people living with physical impairment (PI) across Essex – really emphasising the range of unmet needs. Many describe living with physica...
health
local authority
service design
vulnerable people
DOWNLOAD REPORT
Recycling in Reality
This research was a resident-centred, highly in-depth exploration of the opportunities to improve recycling in purpose-built flats....
behaviour change
environmental
service design
DOWNLOAD REPORT
Innovating in catheter practice in the hospital and community
This work for the Health Innovation Network, aimed to understand how urinary catheter care could be improved...
design
elderly
health
service design
vulnerable people
DOWNLOAD REPORT
UK elections: A snapshot of online news behaviours
In the run up to the December 2019 general election we conducted a small, self-funded project in partnership with The Guardia...
behavioural insight
elections