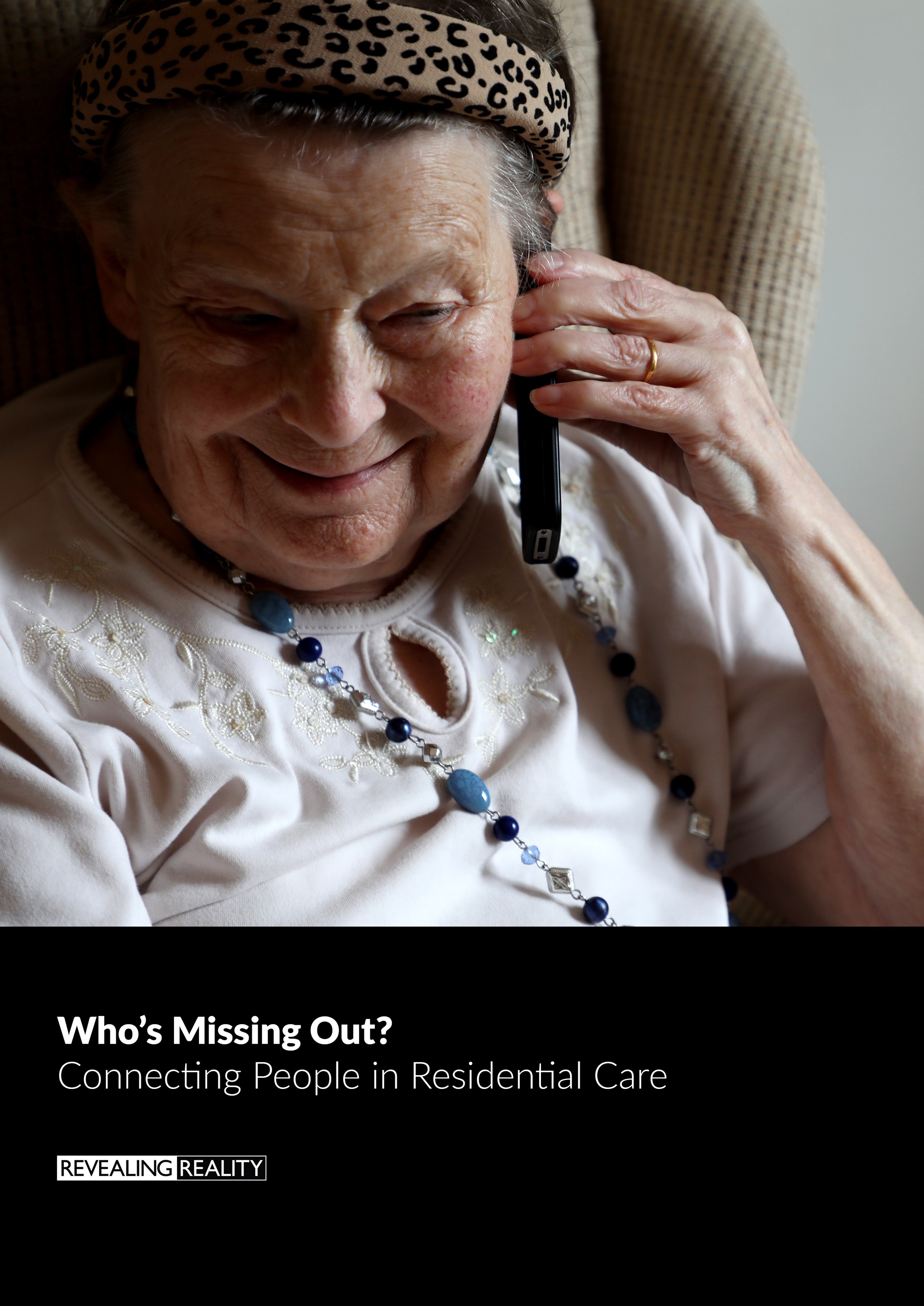 Let’s be honest with ourselves. Many of us really don’t want to think about a future where we are living in a home. What is it we are most afraid of?

We have all read stories about care home residents suffering as a result of the pandemic and some of us had loved ones who were directly affected. Covid took many lives within care homes, but it also increased the isolation of those who survived, with visits and freedoms being severely restricted. The last 18 months have prompted many homes to invest in technology and connectivity to help residents connect with health services and loved ones, even if that’s only possible through a screen.

Unsurprisingly when it comes to connectivity, not all homes are equal. Homes for working age adults are generally fully kitted out, but for older people it’s often assumed that they need less – our research showed this couldn’t be further from the truth. Older people in care homes are some of the most isolated people in society.

In research for Ofcom’s Communications Consumer Panel we found that while there were huge gaps in connectivity between homes — in terms of broadband speed, wifi and the technical skills of staff to support residents — the differences in access between residents within the same home could be far, far greater.

Managers generally told us that residents weren’t asking for advanced technology, which isn’t really a surprise as they don’t know what’s possible — and for the most part care workers weren’t installing the latest smart home gadgets as aids and adaptations for older residents. Again, would we expect them to do so?

We did stumble across a few people who were greatly assisted and enabled by technology. In every case an individual, often a family member, had used their imagination to conceive of ways in which mainstream consumer technologies, such as voice assistants, could be set up to give someone dignity. This could be as simple as the ability to change the channel on the TV, listen to music or call a loved one whenever they wanted to. It doesn’t seem too much to ask that that the same care be applied and dignity maximised for the other 400,000 people living in care homes across the UK.

The technology exists and is relatively cheap. It might not work for everyone, but it could significantly improve the lives of 10’s of thousands. All that’s missing is imagination.

I was talking with a friend about this opportunity: the wasted humanity and the general lack of imagination in society. He told me his tech savvy teenage daughter had recently set something up for her grandmother who lives in a home, so they could stay in touch more easily. It was a good reminder that sometimes we don’t need clever research or big policy initiatives, we just need to be better at putting two and two together.

Similar work
Wave 8 of Children’s Media Lives
As researchers, one of the privileges of conducting a longitudinal study of the scale and ambition of Ofcom’s Children’s Media Lives is bei...
behavioural insight
children
media
regulation
social media
technology
young people
DOWNLOAD REPORT
What matters should be measured
“What gets measured gets managed”. Which is one of the reasons we are really excited that Internet Matters asked us to produce the first index on the...
children
health
media
social media
technology
young people
DOWNLOAD REPORT
Unlocking construction’s digital future: A skills plan for industry
The adoption of digital technologies is a huge opportunity for the UK construction industry to i...
industry
technology
Workplace
DOWNLOAD REPORT
You only had to ask
Our current healthcare system requires people to have a certain level of ability, agency and confidence – to push for the right care and manage their own health outside ...
ethnic minorities
health
place based
vulnerable people
DOWNLOAD REPORT