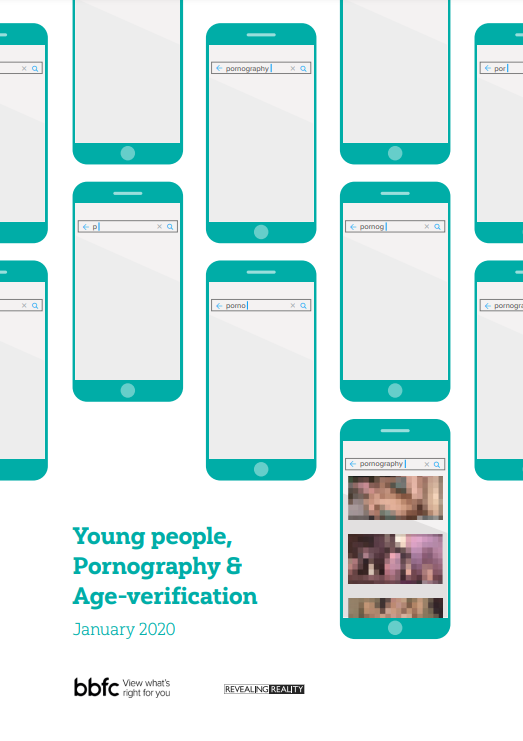 British Board of Film Classification

This research was commissioned by the BBFC to provide context to the current online pornography landscape, as well as explore young people’s interactions with, and attitudes towards, pornography.

The method was designed to qualitatively and quantitatively explore what children and parents think about a range of topics, from the effects of pornography to their attitudes towards age-verification.

We found that a large number of young people seek out pornography for both sexual gratification and to learn about sex including ‘what’s normal’, whether or not this is helpful. However, many children reported having stumbled upon sexual content accidentally at a younger age which they found distressing at the time.

We conducted an online survey, completed by a parent and their child, with a combined total of 2,284 respondents .We also held parent focus groups with 24 parents, in which parents discussed a range of topics in a group context. (1,142 parents, and 1,142 children aged 11 to 17). The survey was representative of children aged 11 to 17 in the UK. The most enlightening aspect of the research was our 36 qualitative depth interviews lasting two to three hours with 16- to 18-year-olds.

You can view the full report using the link to the left.

We have also written two articles to accompany the report,  discussing further the overarching findings and questions arising from them, and  explaining how we navigated the ethical difficulties of conducting this research.

Uncharted territory: how we accessed the very private behaviours of teenagers

Please note, on 23 June 2021 Revealing Reality, with the agreement of the BBFC, sent a clarification letter to the DCMS Select Committee and other interested parties within government. The purpose was to clarify how a particular statistic from the research should be accurately interpreted and reported, in the context of some other figures from the research. Because not all of these detailed figures were included in the original report, we have published the letter here to ensure all figures being used from this work are available in the public domain.