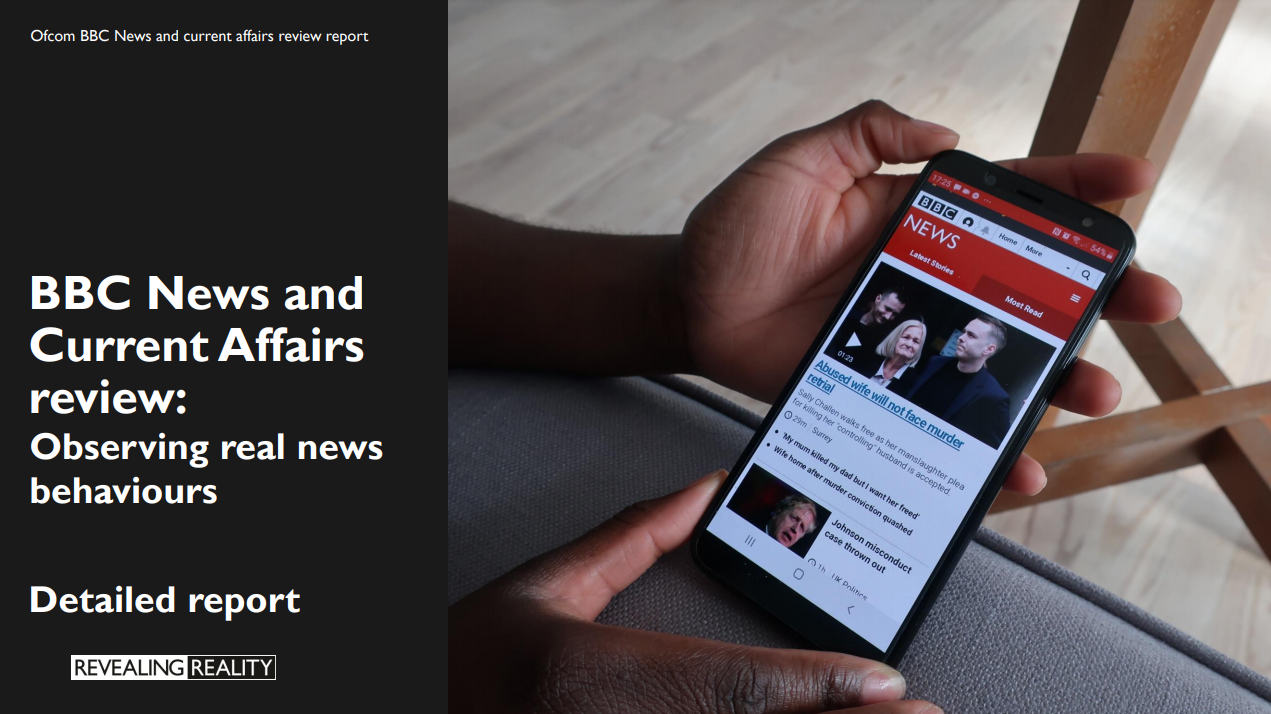 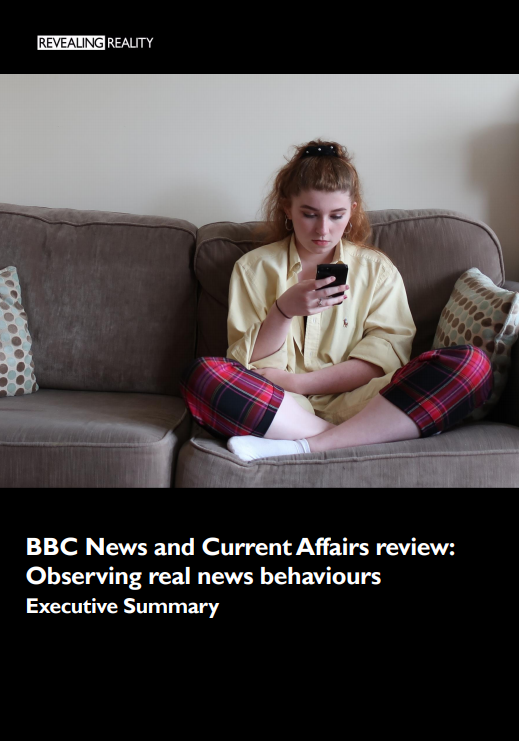 The BBC has a duty to provide impartial news and information to help people understand and engage with the world around them. While the BBC continues to be the most widely used source of news and current affairs in the UK, it faces increasing competition from an ever more diverse news market. Recognising the importance of the BBC’s role as a trusted provider of news and current affairs in the UK, Ofcom commissioned this research to understand how people consume news online and the role the BBC plays in this. More specifically, this research looked at the ways in which people came across, interacted with, and departed from the news content they engaged with.

This research set out to understand what news people engage with and why. In order to do this, it was important to capture not only what people said they did with regards to their news consumption, but the actual ways in which they did it. As part of human nature, participants regularly mis-reported, whether through exaggeration or underestimation, the nature and quantity of the news they consumed. This highlighted the vital role of behavioural tracking in understanding the current news landscape. We collected an objective behavioural data-set through screen record and in home cameras, allowing the research to explore a number of questions that participants were not able to accurately answer in an interview—for instance, how does the news they see reach them? How engaged are they with the content they read or watch? What patterns of behaviour do they display? Behavioural tracking allowed us to quantify relevant behaviours, reveal patterns and compare people’s habits to test hypotheses.

Our research found that social media and news aggregators are increasingly dominant for smartphone users,  driving passive news consumption as users scroll through the content chosen for them based on past clicks. Respondents were often unaware of the provider of the news they were consuming, instead being drawn in by shocking or ‘weird’ headlines. While many respondents said they valued BBC News content, this wasn’t reflected in their actual news behaviours.  BBC News exists in a landscape where it is competing for attention on news aggregators amongst other more ‘click-bait’ style articles, and often fails to appear at all on the tailored feeds of participants.