As an example, I recently met a young Muslim lady at a female only sports session. Ostensibly, I was there to learn more about community health and fitness schemes, but, as always, our conversation became about much more than that.

Nasneem (not her real name) told me that she thought the benefit cuts introduced by the coalition government had had a positive impact on Muslim women – forcing them out of the home and into paid work.

“What I think is that those women who were able to stay at home because of their benefits aren’t able to do that anymore, and they have had to go out to work. But that’s good for them. It gets them out of the house, they meet people, they make friends. It’s a good thing for Muslim women.”

This view surprised me. There have been numerous studies released since the introduction of welfare cuts under the Conservative-Lib Dem coalition government, and none of them pointed to a particularly rosy picture for women, or BAME communities.

Research by the House of Commons Library published in 2014 suggested that women had borne the brunt of welfare cuts, to the tune of 85%, or £22bn of the £26bn cut.

Sue Beasor suggested back in 2011 that BAME communities would be ‘disproportionately affected’ by proposed changes to Housing Benefit, due to the fact that they are more likely to be unemployed or on a low income, as well as to live in larger families.

A joint report carried out in Coventry into the impact of spending cuts on BAME women published in 2013 concluded that many would have a ‘disproportionate’ impact on BAME women, suggesting that the combination of cuts and existing inequalities could ‘pose a serious risk to some BAME women’s human rights.’

That’s pretty strong stuff. But does Nasneem have a point? 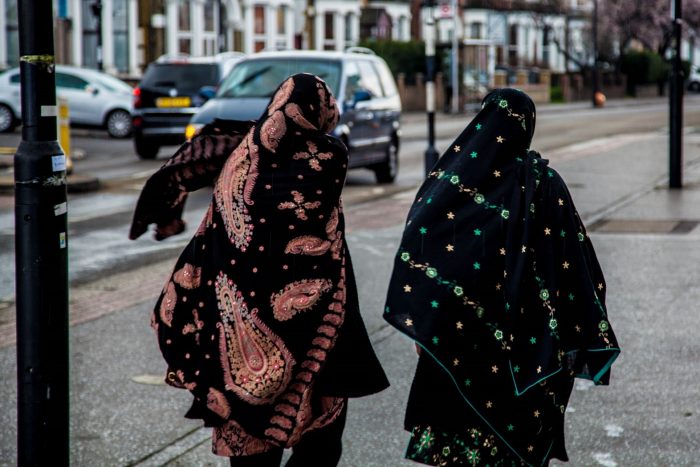 In 2014, the number of women in work reached an all-time high, of 67.2%. In addition, numbers of Pakistani and Bangladeshi women entering the workforce have seen particular rises, as noted in The Economist back in 2012.

Furthermore, getting out of the house to work does have numerous benefits. It teaches women new skills, and improves their existing abilities. Nasneem noted the onus on women to improve their spoken and written English when working, which has a positive impact on other aspects of Muslim women’s lives.

Working also means less social isolation and more independence, which in turn will have a positive impact on accessibility, mental health and psychological wellbeing.

With a further £12bn in welfare cuts proposed by the current Conservative government, with £8bn-worth of savings to be made over the next two years, it stikes me that more research is needed into the long-term effects of welfare cuts on individual communities. While of course not ignoring the negative impact of the cuts and ringing alarm bells for future plans, it might just emerge that there are some surprising nuggets of positivity in there, waiting to surprise us.